From executive producers and Grammy Award winners Queen Latifah, Mary J. Blige and Missy Elliott, comes the authorized musical tale of the incomparable gospel singers, The Clark Sisters.   The Clark Sisters: First Ladies of Gospel recounts the inspirational story behind of one of the most successful gospel groups in history and of their trailblazing mother, Mattie Moss Clark (Aunjanue Ellis).  Having sold millions of albums and credited with bringing gospel to the mainstream the five Clark sisters (Christina Bell as “Twinkie,” Kierra Sheard as “Karen,” Sheléa Frazier as “Dorinda,” Raven Goodwin as “Denise,” Angela Birchett as “Jacky”) overcame humble beginnings in Detroit, enduring abuse, loss, rejection, betrayal, and sibling rivalries to achieve international fame as icons of the Gospel music industry. 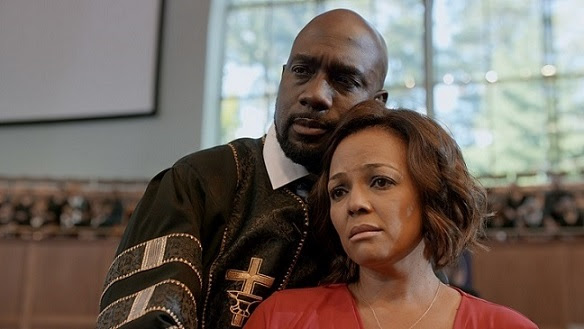 This Easter, Lifetime presents Kim Fields in the emotional film, A Question of Faith. When a teenage girl hits a twelve-year-old boy with her car while texting, the tragedy inevitably links three families together. In the wake of the tragedy, their destiny forces them on a converging path to discover God’s love, grace and mercy as the challenges of their fate could also resurrect their beliefs. Kim Fields, Richard T. Jones and C. Thomas Howell star in the film written by Ty Manns and directed by Kevan Otto. A Question of Faith is produced by Angela White of Silver Lining Entertainment.