Get ready to “Lifetime and Lounge” this holiday season! Lifetime announces its largest holiday movie slate ever for the network’s annual It’s a Wonderful Lifetime programming event, kicking off October 25  and continuing through December 25. The Christmas lights switch on early with all-day holiday programming on Lifetime, with 28 premiere movies and a new holiday special – that’s more than 1000 hours of yuletide-themed programming airing over two months!   Right On! Digital is spotlighting some of the films that star  some of the celebrities who have appeared in our iconic magazine, Right On!.

Marking her first foray into producing for television, Kelly Rowland partners with Kronicle Media for Merry Liddle Christmas. Inspired by her own recent Christmas catastrophe, Kelly Rowland plays Jacquie– a successful, super-together single tech entrepreneur whose messy family descends on her gleaming new dream home for the holidays. Christmas traditions collide and family drama ensues as she struggles to keep her house together in time for a glossy video shoot of “the perfect Christmas.” On top of that, the possibility of romance with a new neighbor has Jacquie questioning all her dating rules, so even though this isn’t the Christmas she envisioned, it might just be the most magical one yet. 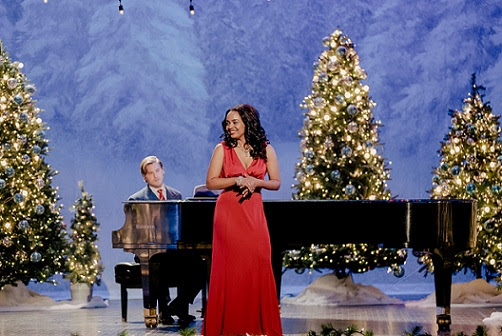 After Emma (Kyla Pratt) finds her college boyfriend’s engraved watch at a vintage jewelry shop, her sister Bronwyn (Rachel McLaren) believes it is a sign, and decides to secretly play cupid by sending Emma to the same bed and breakfast in Vermont that Fletcher (Ed Ruttle) is staying at one week before Christmas. However, upon arrival, Emma is not only shocked to bump into her first love after all these years, but also his vivacious daughter. Throughout the week, the two fight their feelings for one another as they plan a Christmas Eve show in hopes of saving the local theater. 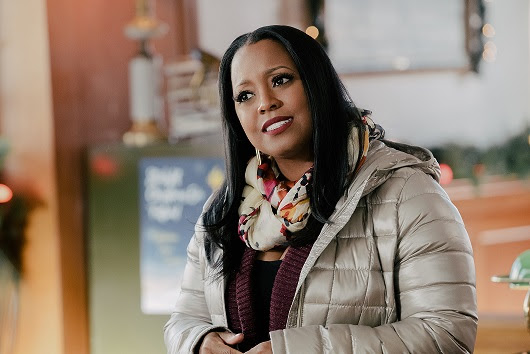 When her Philadelphia radio station is closed for repairs during the holidays, DJ Kara Porter (Keshia Pulliam) is forced to broadcast from the small town of Bethlehem. Desperate to increase her numbers and get promoted outside of Radio Christmas – a year-round Christmas station, Kara seeks to uncover the identity of the town’s Secret Santa, an anonymous benefactor that saved all of Bethlehem’s Christmas festivities. Along the way, she discovers the true meaning of family, community, love and of course, Christmas. 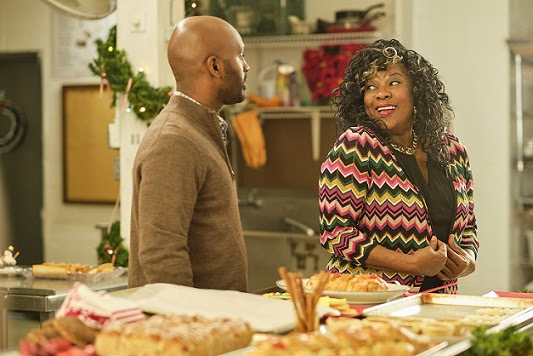 When food stylist Holly (Adelaide Kane) returns home for Christmas, she learns that Loretta (Loretta Devine), the elderly owner of her favorite childhood bakery, is retiring and has started a contest to give the bakery away to whoever can recreate her famous 12 Days of Christmas recipes. Holly enters, despite not being much of cook. When a local baker named Brad (Greyston Holt) also enters the contest, the two adversaries end up cooking up something special together for the holidays. 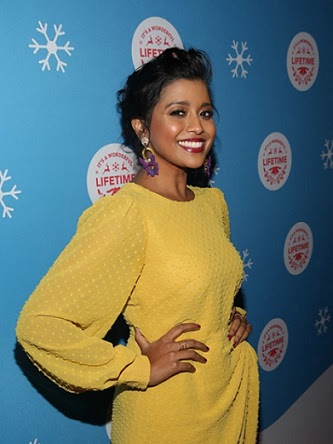 Jennifer (Tiya Sircar) is a tough crime beat reporter who gets the assignment of her life: to find the true meaning of Christmas. When she goes undercover in a department store as a 9 to 5 sales clerk from Black Friday to Christmas Eve, she finds her true calling and meets the man of her dreams. It’s a Christmas she will never forget. 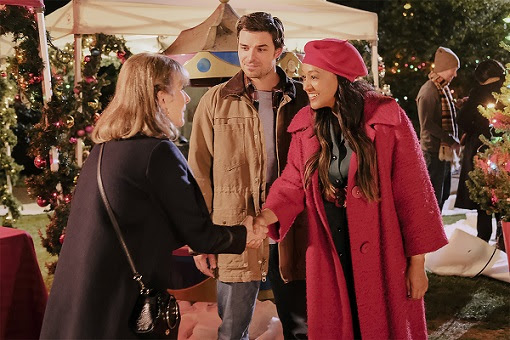 The Christmas lights are up and shoppers are flooding the quaint town of Mountain View, including one special store, Very Vintage Antiques. The shop’s owner, Dodie (Tia Mowry-Hardrict), is a hopeless romantic and absolutely one of a kind, similar to the pieces in her shop. When Dodie finds a hidden box containing an eclectic collection of mementos chronicling a timeless romantic union, she makes it her mission to deliver it to its rightful owner. Dodie manages to persuade the handsome new tenant, Edward (Jesse Hutch), at the listed address to help her with her search. Will they find the true owner and true love on their adventure? 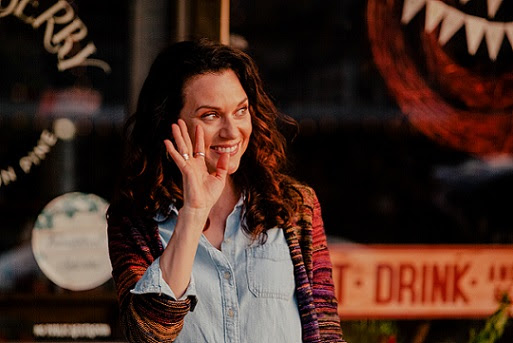 Every December in the small town of Ponchatoula, Louisiana a wooden wishing box is placed in the park as a Christmas tradition. People write down their true heart’s desire on a slip of paper and place it in the box in hopes that their wish will be granted. After a night out together, Maddie (Megan Park) encourages her sister Faith (Hilarie Burton) to put a wish in the box – a wish to experience true love for the first time. Faith and Maddie are surprised the next day when she meets the very handsome and eligible Andrew (Cristian de la Fuente). At first, Faith thinks that her Christmas wish has come true. But as Christmas nears, Faith begins to wonder if Andrew is really perfect for her, or if the wish is leading her to her best friend, Wyatt (Tyler Hilton). 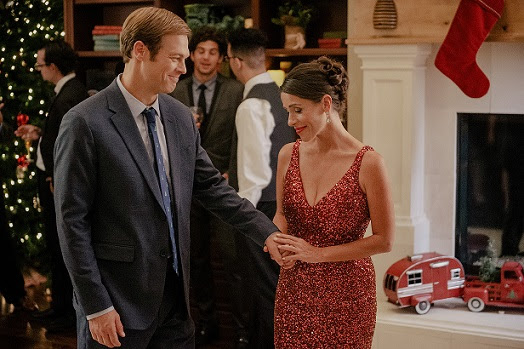 Lori  (Soleil Moon Frye) stages homes for a living and her busiest season is Christmas! Though she normally only stages homes that are for sale, she’s intrigued when a wealthy widower named Elliot (George Stults) asks her to stage his home for the holidays to cheer up his daughter, Maddie. As Lori starts remaking Elliott’s home, she finds that Maddie isn’t the only one in desperate need of the Christmas spirit. As Lori spends more and more time with Elliot and Maddie, she starts to feel like part of the family. While she was initially hired to simply stage the perfect Christmas in their house, she ends up creating it for the father and daughter in every way imaginable. 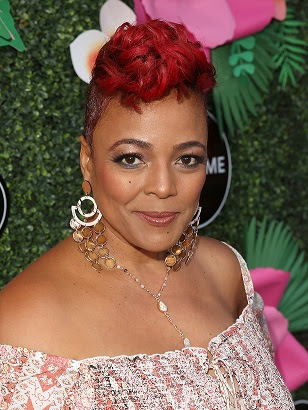 Inspired by true events, Emma (Kim Fields) returns to her hometown built around her family’s pioneer Christmas Light Factory two weeks before Christmas. However upon Emma’s return, she discovers the lights have gone dim in the once festive town, prompting her to reconnect with an old flame to set their hearts and the town ablaze with light again. 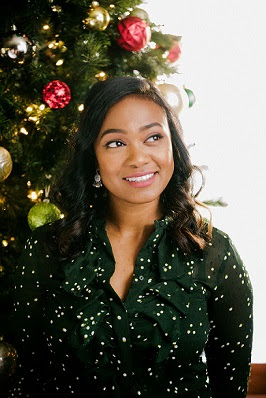 Erin (Tatyana Ali) grew up in the small town of Mt. Holly but always dreamt of living in a big city. Her first job – working the desk at the Mt. Holly Inn – started her on a path to New York where she now works at the prestigious Windsor Hotel. When her boss tells her she will receive a promotion if she can pull off a big project, she is thrilled – until she realizes the project is in her hometown. Erin returns home to discover that the locals don’t appreciate their precious Mt. Holly Inn being bought out by a big corporation. And heading up the charge? Erin’s ex-boyfriend Conner. But when several hotel staff members come down with the flu, Erin is forced to enlist Conner’s help with hotel’s Christmas events.  As they two re-establish their relationship, Erin has to figure out if what she really wants is a promotion or to be home again.